In search of business purpose

By:
Kyriakos Parpounas
For many years, since the industrial revolution and the birth of the notion of the firm in the western world, the purpose of the new vehicle was to produce profit for the shareholder/s. Industrial firms are relatively recent in history. They arose only after the beginning of the Industrial Revolution, in the second half of the 18th century in England and, a bit later, in the European Continent and in America.
Contents

Following the World War II and in the strive of the business world in Europe and the US to recover and stand on its feet again, a doctrine that the only duty of a corporation was to maximise the profits accruing to its shareholders, gained significant popularity. It was a time of reconstruction, and it was understood that the focus of Boards and top management needed to be on creating value. They shouldn’t be distracted by other purposes.

American economist Milton Friedman, developed the doctrine into a theory of business ethics that states: “an entity’s greatest responsibility lies in the satisfaction of the shareholders.” The Friedman Doctrine first appeared in the New York Times, in 1970, as an essay. In the essay, the economist explained that an entity does not have any social responsibility to the society around it whatsoever. This objective ranks in front of the interests of other corporate stakeholders, such as employees, suppliers, customers and society. This theory became eventually the casting stone of modern western business world coming out of the industrial age and entering the information age. Generations of managers have been trained and coached to put the shareholder theory in practice. They have been evaluated and rewarded for doing exactly that.

However, the “Shareholder Theory” fails to consider that shareholders and corporates may have other objectives that are not based on financial performance. For example, as early as 1932, Berle and Means argued that corporations have a variety of purposes and interests including encouraging entrepreneurship, innovation and building communities. The discussions around the enhanced role of corporations, gave birth in 1984 of the “Stakeholder Theory”, by economist R. Edward Freeman. Ed Freeman’s theory is a view of capitalism that stresses the interconnected relationships between a business and its customers, suppliers, employees, investors, communities and others who have a stake in the organisation. The theory argues that a firm should create value for all stakeholders, not just shareholders.

Shifting from Friedman to Freeman, or from the shareholder to the stakeholder theory, is a fundamental transition in the purpose of corporations, and it’s not an easy one. The shareholder theory became part of the DNA of business in the western economy. Changing the prevailing mindset that “profit is king” for executive and managers, takes more than a new sexy theory that can easily be considered an attempt to disorient the business world from the “right” mission.

However, according to George Seraphim, Professor of Business Administration at Harvard Business School, it is the actual development of business and society through the information age that obliges the corporations to rethink of their purpose and change their business paradigm. Seraphim, in his new book “Purpose and Profit” explores consumer and employee empowerment impact on business, through four clear societal trends:

The abundance of alternative choices of products and services available to the consumers, and the simplicity in collecting information about these alternative choices via the web, has empowered the consumer over the corporation. In a context that the only choice in many cases was to buy a lower quality product because it was the only available or affordable to you, the pressure on the corporation to improve was minimal. Today, technology has not only made it possible to purchase products online from distant sources, but it has helped us to learn more about them and about those who produce them. The choices to consumers today, are not only about superficial preferences. Now, consumers have the ability to match their idiosyncratic needs with products and producers that meet those needs. They have ample choices to choose to do business with providers that meet their needs in design, taste or issues closer to the heart of Environment, Social and Governance concerns (ESG) like social consciousness and environmental sustainability. In fact, younger generations are more absolute than the previous, and they tend to choose not to do business with companies that are not aligned with their values.

The abundance of choices is not only for people as consumers, but as employees too. The marketplace provides many more opportunities to exercise choice than ever before. People, especially younger ones, want more than just a job. They want fulfillment and purpose in their professional life and refuse to compromise with anything less. This means that businesses not prioritising social contributions, are going to be left behind, unable to keep or recruit talents. Developments in the business world like the growth of the start-up’s ecosystem and new flexible means of working through distance and online working, gives people more choices. Furthermore, the line between professional and personal life is now more blurred than ever. The access via emails and other forms of communication 24/7 and the expectation to respond when needed, is mixing private and professional lives for most employees. A recent survey, by National Car Rental, revealed that sixty-five percent of respondents consider unrealistic to try and draw a line between their work and personal lives. This means that people can’t leave their values at home when they go to the office. They expect to find employers whose values and priorities align with their own. In an environment of increased mobility and choice, they will find them and work for them.

The power and speed of information these days is tremendous. Companies with values and purpose have ample ways to communicate what they do and how they do it. They can prepare and present reports of their behavior and actions or they can choose certification which better communicates a consistent commitment to pursue their values and purpose. In a similar way, there are no secrets for business wrong doings. Companies can’t hide their pollution, sweatshops, child labor and internal scandals the way they did in the past. Increased reporting requirements, increased interest from the press and the explosion of social media leaves almost nothing in secret. In fact, wrong doings and scandals travel much faster than good news and positive examples. The access therefore to the good and the bad is so wide, that provides the choices to consumers and employees to identify easily and swiftly the companies they want to do business with or work for.

Not only people use ESG performance in the choices they make, but what is also observed is a noticeable increase in employee and consumer activism. Traditionally, employees at lower company ranks would team up (in unions or other forms) to demand their rights and better working conditions and pay. What we see today though, is different, because the employees demanding action are not necessarily those at the lowers ranks of the hierarchy and the demands go well beyond their own working conditions, to how their companies are treating others, the environment and the world. They want their companies to live up to their values and the causes they feel deeply about. They expect their companies to change and take action, they put pressure and team with others to promote the change. Failure to act in most cases is not a viable option. On the consumer side, things are not very different.

The business world has changed significantly during the shift from the industrial to the information age. While the value used to be largely driven by physical capital and manufacturing capacity, now it is driven by people, the quality of your employees and the relationships you have with your customers. In the past, success and market value was driven by 80% from the tangible assets of the business, now it is driven by the same percentage by the intangible assets of the business, the talents and skills within an organisation and the social capital developed outside of it. This transition over time has put employees and customers in the driver’s seat. They have the voice and the leverage to exert real power in their quest for purpose. They can influence the business to live their values and preferences. They can oblige them to act differently and become more aligned with the social and environmental concerns of the citizens they wish to employ and serve.

This is not bad for business. In fact, there is increasing evidence these days that shows that purpose driven efforts pay off, at least when it is approached in the right strategic way.

*The article was developed with material from the Book: Purpose and Profit – How Business can lift up the world (George Seraphim, 2022) 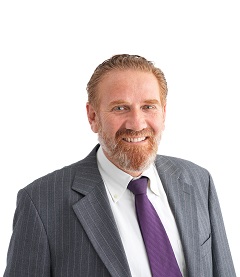