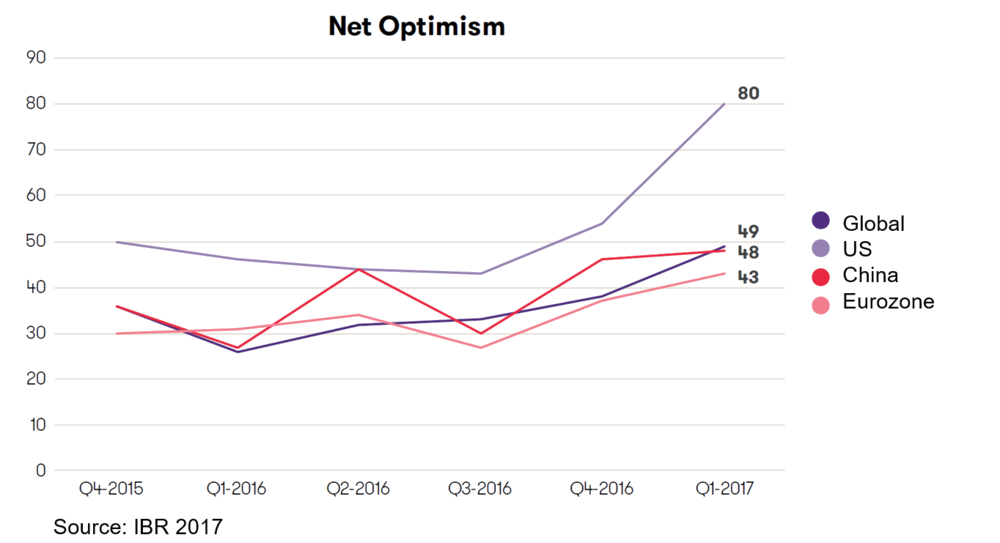 Positive signals from the US Federal Reserve and promises of tax reform and large infrastructure projects from the pro-business Trump administration form the catalyst that’s igniting business confidence. US optimism surged in the first quarter of 2017, rising by 26 percentage points (pp) on Q4 2016 to 80%. This increase is coupled with an 8pp increase in expectations for investment in plant and machinery.

This surge in optimism isn’t limited to the US. In the Eurozone, optimism is up 6pp to 43%, despite inflation in the bloc falling back under 2%. National rates vary, but improved expectations for employment and exports are widespread across the continent. For example, in February German unemployment reached its lowest levels since unification in 1990, and export expectations increased by 13pp in the first quarter.

However, the economic recovery is patchy and threats to its sustainability are looming. 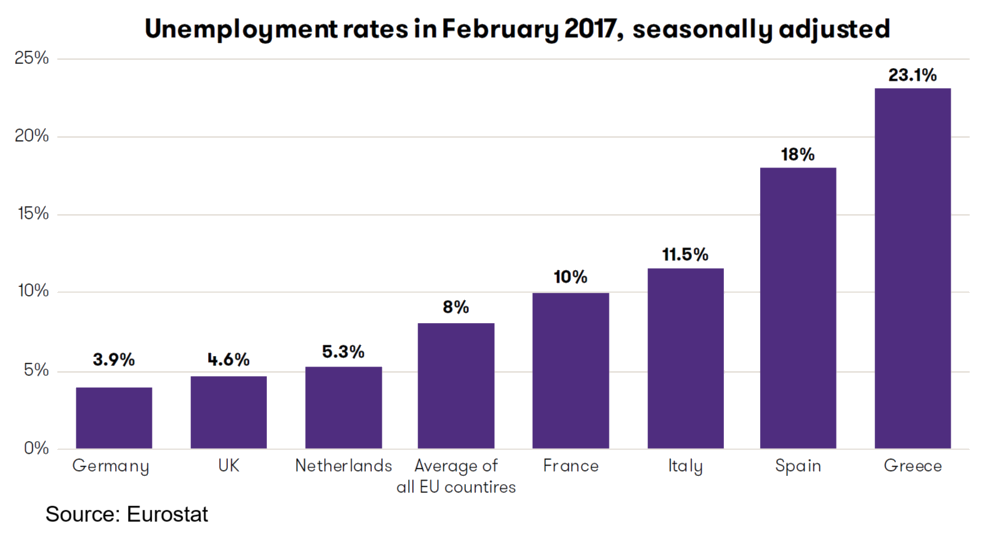 Forthcoming elections in France and Germany bring uncertainty around the future direction of national and regional politics. A move to the right could lead to protectionist trade policies. These in turn might undermine the recent growth in exports and employment that are driving improved consumer confidence. The EU is also beginning to grapple with Brexit, which has the potential to disrupt established trade flows.

In the US, despite the surge in overall business optimism, revenue, profitability and selling-price expectations all fell during Q1 2017. This trend is also seen in the Markit US Manufacturing Purchasing Managers’ Index (PMI), which tracks new orders, employment and prices. Its steady fall since January 2017 suggests that business leaders are somewhat cautious despite the optimistic headlines. This reflects their awareness that tax reforms and large infrastructure projects could be difficult to get through a partisan congress.

Find out more about the International Business Report (IBR)