Crypto-assets Regulation Around the World (part 3 of 3) 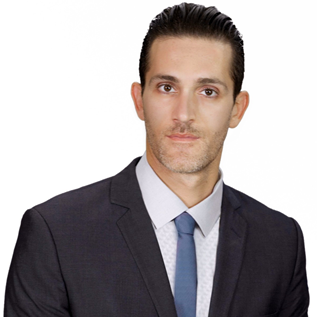 By:
George Agathangelou Follow on LinkedIn
ICOs, STOs, IDOs, NFTs and what do they mean

Cryptocurrencies and distributed ledger technologies continue to change the world. We are at the stage of forming complex concepts of regulation of cryptocurrencies and blockchain. Therefore, today it is extremely important to understand all the intricacies of regulation and crypto assets. Grant Thornton Cyprus is constantly monitoring all the regulations regarding digital assets globally, as to cater for its international clientele, when it comes to distributed ledger technologies. Our multidisciplinary team covers all aspects of digital asset professional services and is ready to accommodate customized solutions according to your needs. In our effort to educate the public, our partners, and our network, we have launched a series of articles covering the most important updates from the DLT world. When we are talking about crypto regulation, terms like ICO (initial coin offering), STO (security token offering), and IDO (Initial Dex offering) come to mind. In this article we break down all these definitions.

ICO is or was (as ICOS rarely take place anymore) a crowdfunding mechanism that enables companies or groups of people to raise funds in exchange for tokens. Countries like China, Pakistan and Makau totally banned their use, while European and G-20 countries put specific obligations and regulations on ICOs depending on the type of token they are issuing. ICOs are not considered a safe crowdfunding vehicle, as during the ICO Mania of 2017–2018, many token issuers sold bags of tokens to investors without any economic rights, value, or regard for existing securities laws. ICOs are risky because as these tokens are considered utility tokens, they do not adhere to strict regulatory bodies and are not meant to be used for investment purposes. Consequently, they are more prone to be misapplied by fraudsters. According to SEC (Securities and Exchanges Commission), there are lots of cases of frauds and scams with ICO, where investors lost the investments, as they invested in non-existent and unregistered assets. SEC agrees that ICOs facilitated democratization of the public capital market, because on one hand, it was accessible to all businesses (including small and offline), and on the other hand, it provided investors the opportunity to own the company's tokens directly, without intermediaries in the form of brokers, depositories, funds, and exchanges.

When ICO companies offer their services as SAFT (Simple Agreement for Future Tokens), not just simple utility tokens, where organizations invest into yet non-existent, future tokens, these services tend to raise ethical questions within SEC, as many investors are not experienced in the crypto market, the transparency of the process is hindered, and since even once an ICO is complete, there is no guarantee it will end with success. Also, ICOs are highly speculative, and the token prices may be easily manipulated. Before working with ICO, one must make sure that ICO developers must have legal authority, do not use anonymous identity, and implement the code within the “Github” system.

SEC is also concerned with the fast spread of ICO based startups, that once they are registered as a company, provided with PoS (Proof of Stake Protocol) they can easily and immediately offer token – swaps, coin selling/purchase to investors.  In order to eliminate price manipulation and protect investors from ICOs misrepresentation problem SEC will narrow down companies’ participation in token swap offerings based on investor accreditation, accredited investor can be defined as person or legal entity allowed to participate in investment activities not registered within US Securities and Exchange Commission. These criteria must be based on investors’ net income worth of $1 million and have annual revenue of $200,000 can engage in ICO fundraise. SEC believes it will incriminate fraudulent use of ICO.

Under SEC guidelines, it is crucial to undergo the “Howey test” to check ICO’s validity. The “Howey test” was introduced into the economic and legal field during the precedent trial in the SEC v. W. J. Howey Co. case in 1946. Today, it is one of the key stages in the ICO preparation process because it makes it possible to establish a link between a financial transaction and an investment agreement as one of the types of securities. Under the Howey test, an "investment contract" exists when there is the investment of money in a common enterprise with a reasonable expectation of profits to be derived from the efforts of others. So, this test is necessary in cases when the organizers of the project intend to attract funds from US investors or the project itself is planned to be carried out in the United States.

STOs can be considered as a more secure version of ICOs. As in the case of an ICO, tokens are not regarded with inherent economic value, and stakeholder responsibilities for token delivery, issuance, and secondary transactions are typically well defined because STO releases tokenized digital securities, which essentially means putting shares and stocks on the blockchain. A security token, therefore, states the ownership information of the investment product, recorded on a blockchain. These can be company bonds, shares, or real estate funds. As STOs represent companies and big enterprises, they need to be regulated by the government. Countries like Malta, Switzerland, and Estonia have embraced the STO initiative and allow to apply it under government regulation.

Unlike STO, IDO is a type of fundraising that is distributed through decentralized liquidity exchange, where traders can issue an immediate token, trade, or swap their tokens and crypto assets. IDO’s benefit over ICO – the issuance is not dependent only on issuers, anyone can initiate an IDO, not just private investors. It makes the exchange accessible to traders and relieves them from being controlled by other intermediaries. It is especially useful for startups who want to kick off the fundraising event.  Decentralized liquidity exchanges enable companies to launch a token and access immediate liquidity. Decentralized exchange means there is no accordance with KYC- which is known as "Know Your Customer", that is, the creators of the exchange know who registered on their site and have the information of who is the investor buying tokens. That is why IDO still needs to be controlled to eliminate token price manipulations and get an idea about who is an actual investor. One more problem associated with IDO – token price may vary according to the swaps made by investors, the one who buys more – may manipulate the price of the token.

According to new FATF guidance, Decentralized exchanges (IDOs) are called to be considered as VASP, which means, they must implement AML/KYC rules. FATF suggested to shift towards DAAP (decentralized or distributed applications/platform) which offers exchange services. The software applications will be run on distributed ledger, operating on a P2P network. DAAP will still be run on distributed ledger with a central party setting up a virtual asset, collecting fees or issuing a private key for transactions.

US Congress on the 21st of January passed a bill regarding NFTs – Non-Fungible Tokens, which obliges all the financial platforms involved in NFT trades or deals with virtual currency exchange process to register under federal law enforcement jurisdiction and state authorities and comply with AML regulations. From January 2021, the BSA (Bank Secrecy Act) will include virtual currency transmitting companies into the financial institution system to combat money laundering. As it was reported by FinCEN companies concerning P2P exchanges, money transmissions must enroll within FinCEN, obey BSA rules, implement AML/CFT/KYC rules, report actions to SARs and CTRs, and then they will be able to operate as a money service business. Violations of such obligations will be subject to a $500,000 fine or ten years of imprisonment. If before CTA (Corporate Transparency Act) was not obligatory, now companies must reveal the recipients and beneficiaries of their services. Tax regulations will be varied from state to state and will not be the same as traditional financial institutions. As it is seen on the Portfolio Debt Exchange platform, non-US recipients may lend loans regardless of US tax regulations, however, banks outside the US territory are not eligible to perform such an act.

If you have questions on the topic of the article, you can contact us for more information. Our team of experts is ready to assist and help you understand the specifics of legal and regulatory requirements, depending on your jurisdiction of interest.